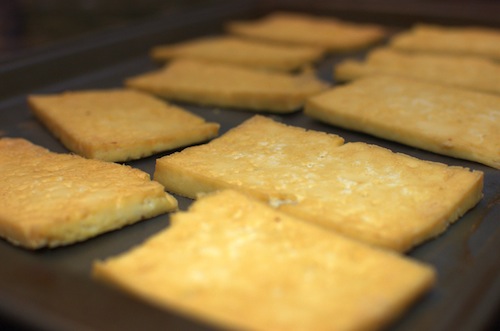 Soy does your body good?

[ This post is for informational purposes only. It is not meant as medical advice or guidance to make any medical or medication changes. Please contact your physician  or pediatrician before beginning any lifestyle or dietary change]

The fear regarding soy originated with the concern over  “estrogen” being present in soy and how that “female hormone” would negatively affect women, men, and girls. Perhaps causing increased hormone effects and the subsequent negative impact including increased risk of breast cancer, cystic breast disease, and sterility. The following will help dispel some of the misunderstanding regarding the dangers of soy.

Confusion about soy arises from the term “phytoestrogens.” Some soy nutrients—the isoflavones—have chemical structures that are similar to that of estrogen found in a women . This is where the term phytoestrogen originated. However, phytoestrogens are not the same thing as female estrogens. Soy foods do not contain estrogen.The phytoestrogen in soy have a mild estrogen like effect but tend to have a  positive effect on preventing breast cancer due to a blocking the real estrogen effect on its receptors in the breast tissue. Meaning this phytoestrogen blocks the body’s actual estrogen hormone from binding to tissue such as breast tissue with a milder impact and less pathology compared to the natural estrogen. “In population based studies and real life trials it has not been proven to cause lower testosterone in men or increased risk of breast cancer in women”

Soy is safe if you take these precautions –

Breast cancer and soy ? The current consensus among health experts who study soy is that breast cancer survivors can safely eat these foods. Recent studies suggest soy is protective against breast cancer recurrence.  The concern over long term increased risk of breast cancer is unsubstantiated and generally found to be the opposite. As discussed above organic soy products tend to be protective against breast cancer and other chronic diseases. There is not as much research involving soy and other estrogen related cancers, including endometrial and ovarian cancers. However, the studies that have been reviewed indicate that soy is also safe for women with a history of endometrial or ovarian cancer.

Sterility in men: misrepresentation of facts.  Although the sperm concentration seems to be lower, the actual load – amount of ejaculate, is greater and possibly better for reproduction.  Making it more effective for transport. Decreased inflammation associated with soy helps both the blood flow and increases the overall fertility.

Asian health argument: When considering the long term safety of soy formula, one argument that frequently comes up is that Asian populations have been consuming soy for a long time, with no known consequences and in fact are healthier than Western cultures.The differences in the overall healthy lifestyle between Western and Asian populations make the ability to compare soy as the main healthy food difference difficult but with controls for populations who eat more soy or do not, those who do are found to be healthier with lower inflammatory diseases and chronic illness.

Breastfeeding exclusively the first 5- 6 months is the most preferred source of nutrition. However, during this time as the main nutritional source soy milk is one of many less than perfect choices to feed your baby. While it is a natural plant product and in theory it should be better than processed cow’s milk based formulas, there is not sufficient research to definitively state that giving human babies exclusive soy food during infancy is completely healthy and free of immediate or long term health risks.  As a supplement to breast milk it seems to be adequate . Soy milk is often recommended as a more natural supplement milk to breast feeding ( should only be in conjunction with breastfeeding) but should not be more than a supplement . Like all soy products, soy formula and milk should be organic and any processing or preservatives should be evaluated for safety.

Soy milk should not be the only milk beverage and limit its consumption to a maximum of  3 glasses a day. The total soy servings including milk for a day should also be no more than 3 of all forms of soy as well.

Healthful MD conclusion: Soy products are safe if taken with awareness and used as another healthy food source among a varied and plentiful healthy diet and not the sole nutritionally rich plant food. In addition , soy is not recommended as the only milk for infants or children when other plant options are available.